When I was a little girl, I always wished that I had a sister (or even two); someone to play with, someone to share secrets, someone have adventures with, someone who could be my very best friend!   I never particularly wanted a brother because....well.....brothers were (shudder) BOYS and I didn't much care for the boys that I knew.  I didn't really know that many boys, but those I did  know were loud, messy, mean, and rough.  No, I definitely didn't want any of them living in my house with me!!  But a little sister, ahhhhhh, that was a totally different story.

Whenever I asked my mom, if I could have a little sister, she always just said something along the lines of "No, I don't think so."   As I got a little older, she told me that she couldn't have any more children because she had a "female" problem and her doctor told her it was very unlikely that she would have anymore children.  [Ultimately I learned that mom had had an ectopic (tubal) pregnancy when I was around 2 years old and as a result, only one of her Fallopian tubes was still functional.  That reduced her chances of becoming pregnant by at least 50%.]  I was disappointed of course, but I accepted the idea that I would always be an only child.

Well, the several years went by and my mom focused her love of kids by becoming a Girl Scout Leader.  She was a great one, too!  She really enjoyed having a bunch of girls to do things with and for.  I was in her troop and kind of felt like some of those girls were my "sisters."  Because there wouldn't be any more kids in our family, Mom and I made do with having those girls in our lives.

At some point in the year that I turned 11 years old, mom sat me down one day and told me that evidently that doctor had been wrong because she was expecting a baby!  She and my Dad were obviously surprised, and I was not only surprised, I was ecstatic!

In those days, there was no way of determining whether it was a boy or girl, until the baby was born, so for months we talked about boys and girls names, how our lives would change when the baby came, having another child in our family, all the plusses and minuses of not longer being an only child.  I was so happy to know that this baby was coming, that I didn't even care (too much) if it was a boy or girl.   The pregnancy went well, though it seemed to me that it was taking forever!!  Finally about a month and a half after my 12th birthday, right on schedule, the baby decided it was time to be born, so on August 12 after twelve years of being an only child, I had a sibling, a cute, adorable, lovable, sweet, beautiful baby sister!!!  A sister!!!   OH, HAPPY DAY!!  My Little Sis came into our family and I fell in love with her the very first time I held her!

She had very blonde hair, and pretty blue eyes, and she was such a good baby!  She was just exactly the kind of sister I had always wanted.  I had a serious case of "Baby Love!!" 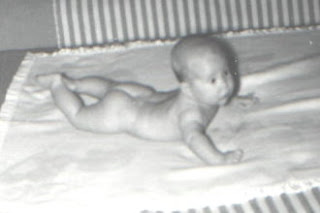 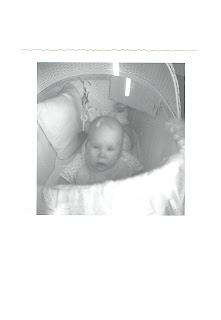 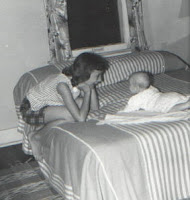 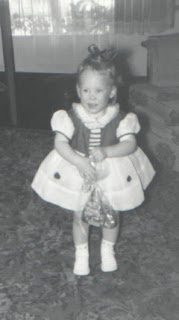 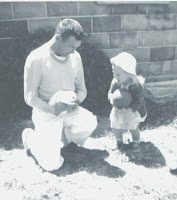 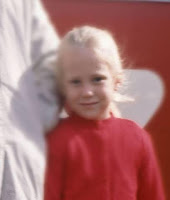 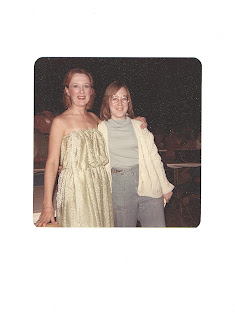 We don't get to see each other very often, which is really too bad. Our lives took us in different directions. I got married when she was only 7 years old. So we haven't ever lived the lives of little sisters who grew up together. We haven't even lived in the same state for about the last 30 years.

But as you can see, life went on and my sweet little sis grew up, she became a Pharmacist, got married, had two great kids, got divorced (yay!), discovered she loved to travel. As a matter of fact she and her daughter (who is a dentist by the way) just came home from a cruise to Alaska! I hope she comes here for a visit again soon!!

Still here it is again, August 12, the birthday of my Little Sis, the little baby who came into my life years and years ago, and I am just as grateful for having such a great sister as I ever was!!
Happy Birthday, Debra Ann!!!

Thanks so much for leaving a comment. It's really nice knowing what you think!! Besides, comments keep me from feeling like I'm here all by myself!! :)


Just some random thoughts from a sort of ordinary soul. Not too high in technology, just the views of a woman with her own opinions!


.... a time for celebrating with those you love
....for missing those who have gone before
....about food, laughter, conversation, happiness, and making memories
.... for being Thankful
....for making Merry
.... for starting New
....for Remembering heroes
....for being Patriotic
....for enjoying the fruits of your Labors
....and for being Spooky!!

....for celebrating the bounty of Fall, the stark beauty of Winter, rebirth of Spring, and the pure fun of Summer!

Thanks for stopping by! You are visitor number:

Mellodee
I'm an actor, a director, a grandmother, a wife, a sister, a friend, a reader, a night-owl, a Floridian at heart, and a "maturing", officially retired woman. My family consists of: My husband of 40+ years ~~ Mikey, our precious, beautiful and accomplished daughter ~~ Ratchlet,her hardworking hubby ~~ TA, and our delightful and amazing grand-daughter ~~ Maddie the Great. I also have a much younger sister who lives in Phoenix ~~ Little Sis. Many, many aunts, uncles, in-laws, and cousins who may pop up from time to time.

A friend hears the song in my heart and sings it to me when my memory fails. 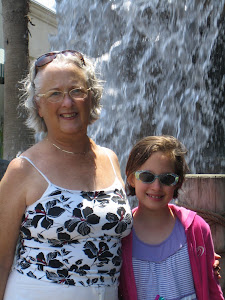 Lil Sis and me 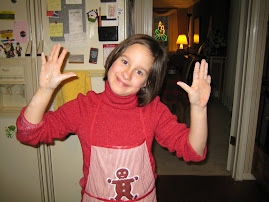